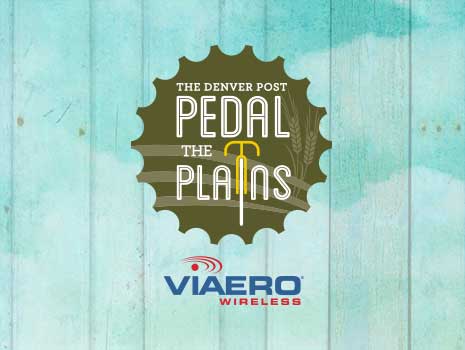 The Crow Luther Cultural Events Center will be the venue for a film and panel discussion about the heritage sites of southeastern Colorado on Thursday, September 19, at 6:00 p.m. The film, produced by Canyons & Plains of Southeast Colorado (formerly known as Southeast Colorado Regional Heritage Task Force) will be accompanied by a panel of speakers representing each of the heritage sites throughout the region. The film, entitled “Historical Sites of Southeast Colorado” includes an overview and individual segments on southeast Colorado historical sites.  It was awarded the 2011 Governor’s Award for Outstanding Tourism Initiative. The event will open the Pedal the Plains event and welcome the cyclists and the local community.

National Park Service ranger Marcia Will-Clifton will talk about Camp Amache, a World War II Japanese internment site located in Granada which existed during three years of war.  Camp Amache is a National Historic Landmark commemorating 7,000 Japanese-American internees, including 600 who went on to enlist in the U.S. armed services, and supported the country which imprisoned them.

Rick Wallner, Chief of Interpretation at Bent’s Old Fort National Historic Site, will discuss the history of this crucial trading fort in earliest days of the Santa Fe Trail. Through living history interpretation, the internationally important trading network of the Cheyenne, Arapaho, Kiowa, Comanche, and other tribes, Mexicans, Americans and Europeans come to life at this reconstructed fort located near La Junta.

Richard Carrillo, Historical Archaeologist and owner of Cuartelejo Historic Preservation Associates, will present an overview of Boggsville, the first permanent settlement in southeastern Colorado, where the agricultural heritage of the region began in the late 1860s.  Boggsville National Historic District is located near Las Animas.  He will also discuss Bent’s New Fort, an privately owned site near Lamar that will soon be made accessible for public visits.

Tying everything together will be Kevin Lindahl  with the Santa Fe Trail Association, the U.S. Forest Service and the Otero County Historic Preservation Advisory Board, who will speak about the century-long role and influence of the Santa Fe Trail. The trail, bridging the United States and Mexico from St. Louis to Santa Fe and remaining in use throughout the nineteenth century, is now recognized as a National Historic Trail.

“We are pleased to add to the experience of the Pedal the Plains guests and visitors as well as our local community by highlighting the many historic sites and rich heritage of our beautiful part of the state. We hope that our local community will come to welcome our Pedal the Plains participants as well as enjoy the award winning film about the region,” stated Superintendent Alexa Roberts.