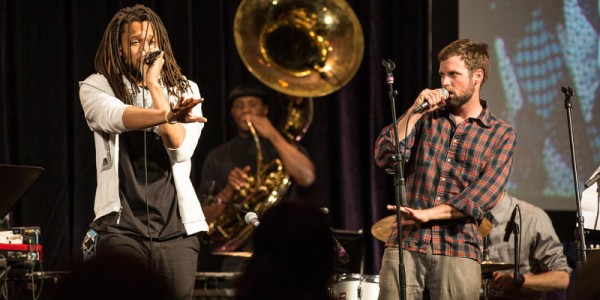 Colorado Creative Industries has announced a new pilot project, named Detour, aimed at expanding tours beyond just the one-and-done show. The program will kick off with a monthlong 15-community tour by Colorado hip-hop act Flobots.

“Playing big festival shows is always a thrill, but there’s something truly special about the intimacy of a small venue,” Flobots lead vocalists Jonny 5 said in a news release. “It’s even more special if you can find ways to meet people beforehand; to know the stories behind the faces and then watch those faces react to the show – that is the ultimate gift.”

Musicians were really the inspiration for the program, said Margaret Hunt, executive director of CCI, an organization directed at supporting Colorado’s creative economy.

“They wanted a different experience of touring,” Hunt said. “And when we looked at all the incredible venues that we have across the state, we realized that a band could spend three weeks or a month touring in Colorado and really get to know people, get to know communities.” Read the rest of this article on www.kunc.org