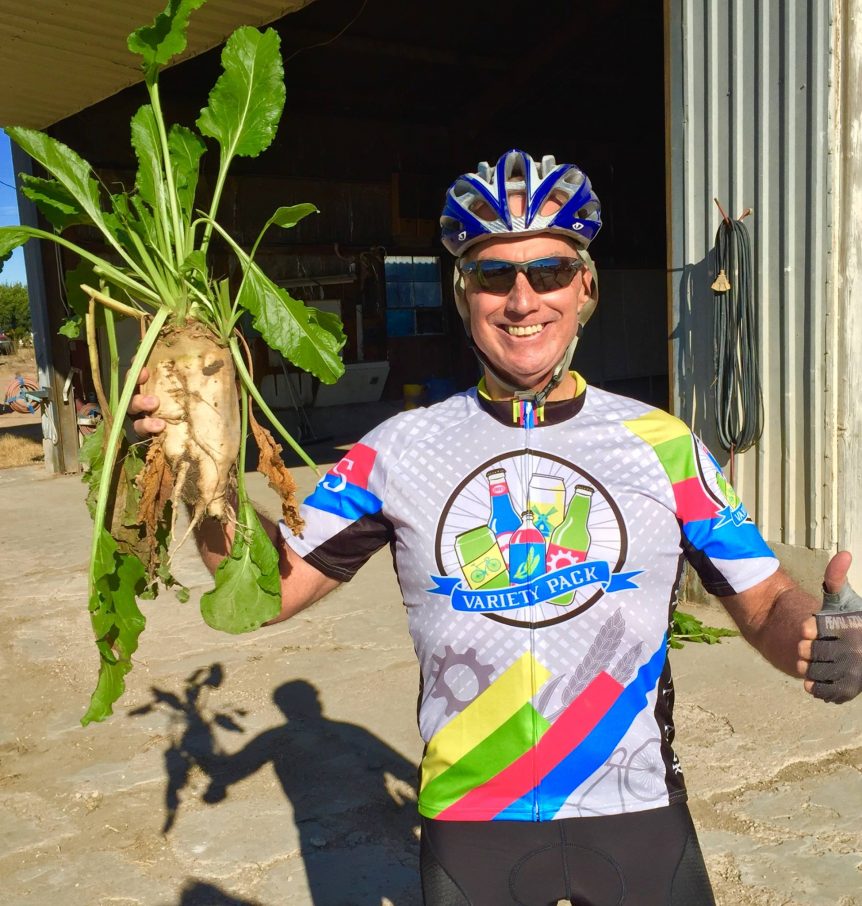 If you’ve read James Michener’s epic novel ‘Centennial’, you’re already familiar with the historical significance of the area in which we’ll be riding.

Michener was fastidious about the historical authenticity of his novels, and his research into Colorado’s history led him to choose the area around Brush, Kersey and Pawnee Buttes to be the setting for the story.

During the years of the early to mid-1800s, fur traders like Michener’s characters Pasquinel and Alexander McKeag paddled up the South Platte River from St. Louis. In the area where we’ll ride on Day 3 of PTP, they first encountered and earned the trust of Arapaho tribal chief Lame Beaver, making possible trade of various goods along the river.

A young Menonite from Lancaster, Pennsylvania, Levi Zendt, traveled by wagon train with his wife Elly, hoping to start a new life in Oregon. Her death by rattlesnake bite near Pawnee Buttes drove Zendt into a period of seclusion, after which he acquired a trading post near the Platte in what would become the town of Centennial in 1876. Our destination of Kersey on Day 3 is roughly where the town of Centennial was located in the book. (Zendt’s Fort in the book was based on Bent’s Old Fort near La Junta, which we’ve toured twice on PTP.)

In the book, Russian-German Hans ‘Potatoes’ Brumbaugh purchased land from Zendt north of the Platte, roughly in the area west of the modern-day town of Orchard. Brumbaugh pioneered irrigation methods and turned marginal land into rich cropland. He later switched to sugar beets, becoming very wealthy. Think about early farmers like Potatoes Brumbaugh when we visit the Western Sugar Co-Op on Day 3.

Ranching in this part of Colorado is depicted in ‘Centennial’ by the vast Venneford Ranch (roughly 6 million acres). Michener’s character Oliver Secomb, a Brit, hired John Skimmerhorn, Jim Lloyd and trail boss R.J. Poteet to move a herd of longhorns from Texas to the Venneford. When we visit the Timmerman Cattle Company on Day 1 and the historic 70 Ranch on Day 3, remember cowboys like these characters in ‘Centennial’. And in Brush, be sure to check out the monument to the Texas-Montana cattle trail (near the PTP headquarters there.)

Dryland farming was begun in this part of Colorado in the late 1800s, and many hopeful immigrants and easterners took out large mortgages to buy land there. The dust bowl years of the 1920s and 1930s proved disastrous for farmers, especially for heavily mortgaged Earl and Alice Grebe in ‘Centennial’. Dryland farming is now a huge part of the Colorado agricultural industry, and modern dryland farmers apply great skill and expertise to conserve the land and make it enormously productive. When we visit Cooksey Farms on Day 2 of PTP, ask about how modern dryland farmers deal with these challenges and make possible the abundance of grain-based food we enjoy. And along the entire PTP route, be sure get to know the good people of Colorado Farm Bureau (Team FarmPower), Western Dairy Association and Colorado FFA to learn more about Colorado ag!

Those who have read Michener’s ‘Centennial’ will surely enjoy recalling the story as we ride the 2017 PTP route. If you haven’t read the book, I enthusiastically encourage you to do so (or watch the 26-hour mini-series.) Your appreciation of our entire state and the importance of this part of it will be greatly enriched.