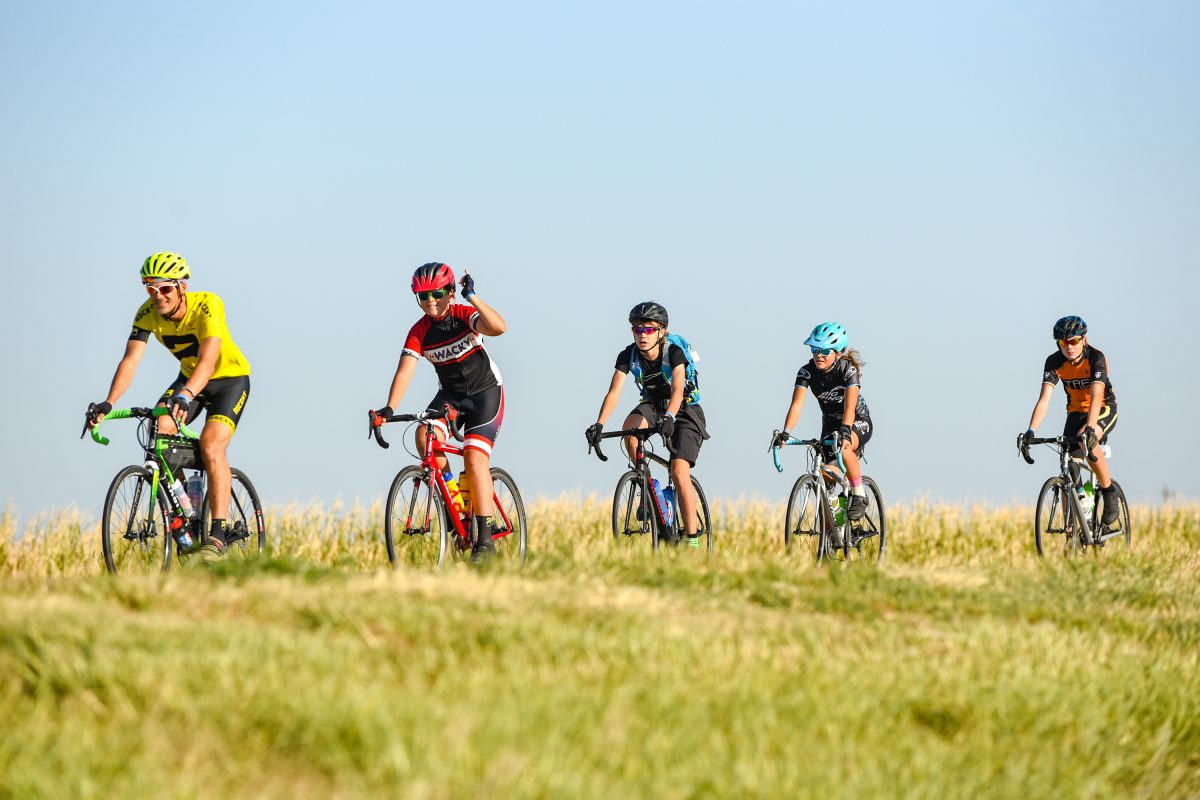 I hate the wind. Always have. It messes with my head, throws me off balance physically and mentally. I don’t do particularly well in heat either. Too fare skinned, I guess. That’s part of the reason I moved to Crested Butte four years ago. Heat’s not an issue, unless you’re talking about lack of it. We don’t get much wind either.

But Colorado’s Eastern Plains? That’s a whole other story. Heat and wind are part of the experience — and Saturday at the 2019 Pedal the Plains we all got to experience a heaping helping of both.

The day, which saw the 700-plus-rider peloton trace a mostly southerly route from Holly to Springfield, started pleasantly enough. Just a light breeze, temps in the mid-60s. But that was around 8 a.m., when most of us were just getting started with the day’s ride, which depending on your proclivity for suffering was either a more direct 74.2-mile journey all in Colorado, or a 108.6-mile effort that started with an eastern run into Kansas, before heading south, and then west back into the Centennial State and on to Springfield.

I ended up taking the “easier” option, and was still out there for about 6 hours, with 5 hours of moving time. And I’m guessing there were plenty of people who were out there that long or longer. Unless they opted to pull the pin and jump into one of the many sag vehicles. Certainly no shame in that. Heat exhaustion is not to be trifled with.

Honestly, despite an essentially flat route profile, Saturday was probably harder than any of this year’s Ride the Rockies stages. Seriously. For me, anyway, heat and wind are a far bigger hurdles than high mountain passes. With climbs at least there’s a top, which means a descent (and a break) on the other side. Out here in the plains, unless you stop, there are no breaks. You are always pedaling. We might as well be on fixies, ideally aero fixies, though I think that’s one of the few niche categories the bike industry has yet to mine.

As for the heat, it was nasty. By 10 a.m. my GPS computer’s temperature readout was pegged at 85. By 11, it had climbed into the low 90s. After lunch — and all the way to the finish — it never dipped below 97. And in case you’re wondering about shade out here, it doesn’t exist. At least not on the roads. My freaking handlebars were hot to the touch. Best you could do was douse your head with water, unzip your jersey, and keep drinking. Got to keep drinking on days like this.

The good news is that unlike more humid locales further east, when the sun goes down in Colorado so does the temperature. Overnight lows are forecasted to be around 62 — and the beer tent at the finish was set-up and ready to serve. Hopefully everyone doing the camping thing can get some sleep tonight, because tomorrow’s ride from Springfield back up north to Lamar is shaping up to be another tough day.

The route is only 47.6 miles. But temps are slated to climb into the 90s again, and as I heard one local say today, the wind always blows, it’s just a question of which direction it comes from. I think I can speak for everyone in saying let’s hope (and pray) it comes from the south…